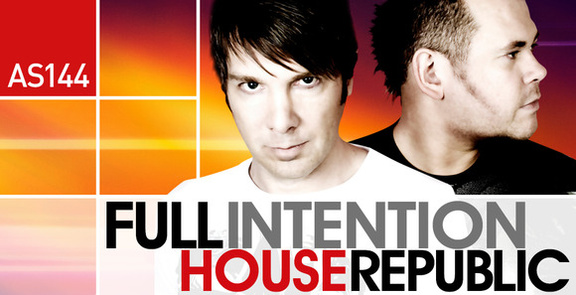 House Republic by Full Intention features over 600Mb of high quality loops and one shot sounds which have been taken from and inspired by The Duos’s countless Productions and Remixes that span over 15 years including their super fat trade mark drums, basslines and synth melodies. The samples were all recorded through their own Analogue Valve Mixer or the beautiful SSL at RG Jones Wimbledon.

Full Intention aka Michael Gray and Jon Pearn need no introductions. Spreading their dominating sound for the last 15 years they have been a pioneering force on the global dance music scene with a seemingly nonstop string of successful releases including such great tunes as “I Love America”, “I’ll Be Waiting (with Shena), “Spanish Hustle”, “Everybody Loves The Sunshine” and Sex-o-sonique “I Thought It Was You”, to name but a few.

The duo have worked with some of the biggest names in the industry, like Paloma Faith, Duke, Jamiroquai, Whitney Houston, Barbara Tucker, Mood 2 Swing, Ella Henderson, Brandy, Ultra Nate, Aly-us, Fish go Deep, Inner City & DJ Anna and not to forget the Grammy nomination for their remix of George Michael’s “Amazing”. Make no mistake their unique and innovative sound that has left a massive imprint on the scene, influencing many big name producers and gathering a huge fan base along the way.

The pack is available for purchase for £29.95 GBP, with individual parts sold separately starting at £6.95 GBP.