Loopmasters has announced the first title in a new series of otherworldly Hip Hop with Hip Hop Arrival – Attack Of The Illmatix, a cinematic pack for both Hip Hop heads and film producers, produced by Juno award winner Dubmatix and turntablist Illorn the Hip Assassin. 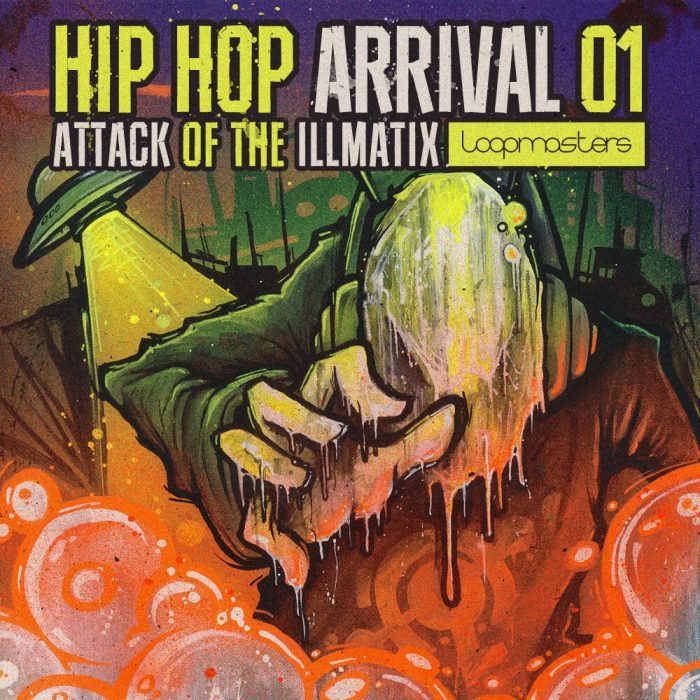 The year is 2030 and the plan to overthrow the universe by a dark and sinister force has been put into action. In a planned series of attacks, gangs of nefarious extra-terrestrials head for the Earth with one aim DETROY IT ALL!

During the first eclipse of the year 2030 The Illmatix rip through the Earth’s atmosphere, hell bent on nothing but destruction and carnage, their attack styles are simple and brutal using tuff battle beats & breaks, insanely dark bass sounds, disturbing cinematic vocal loops, invader scratch samples, advanced weaponry sfx and alien creature sounds they plan to eliminate the human race!

The pack includes nearly 1 GB of loops and one-shots:

The sample pack is available for £14.95 GBP. A free taster pack can be downloaded from the product page.