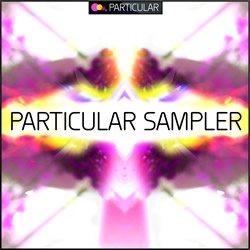 We’ve been as particular as ever and nitpicked every sample to give you an idea of what we have been up to lately. In the package you will find loops, oneshots and Impulse Responses spanning from the comfort of the well known to the exploration of the exotic – analogue dirt, digital shimmer and everything in between. Whatever you produce, 4 – 4, cinematics, dubstep, or anything downtempo this little taster will give you an idea of what Particular provides.

All of these packs have the open range approach to sound design – meaning, we do not try to squeeze the sounds into any particular genre – rather we create sounds that express their own inherent designs, be it a deep excursion into a Euro rack modular system, or the exploration of a sound design concept.

The sampler is available to purchase for £9.95 GBP.