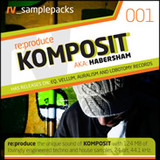 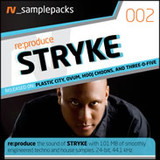 The re:produce packs contain an average of roughly 100 MB of samples. They feature a variety of royalty-free 24-bit WAV audio files, complete with ready-to-use practical bonuses such as Battery kits.

They are set to pique your curiosity – and your speakers – with regular installments from in-demand artists like Phil K, Komposit, Stryke, TOWMF, Absence of Essence and many more! Whatever genre, style, sound or instrument you need, we’re confident that you’ll find it in one of our re:produce packs.