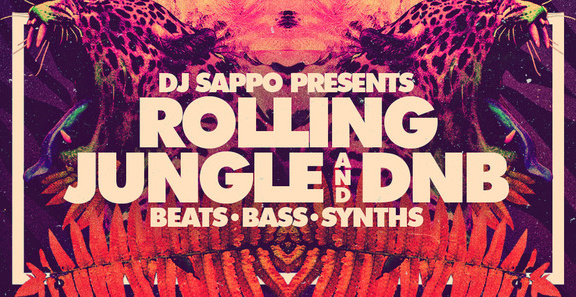 DJ Sappo brings an exclusive 600+Mb collection of Jungle and Drum & Bass samples which represent 20 years of unending passion for Jungle and DnB from a producer who has been there from the start.

Rolling Jungle & DnB features many of DJ Sappos trade mark sounds as used in some of his biggest tunes from the 90’s through the noughties to the present day on labels such as Flex, Intalex, V Records, Emotif, Rinse out, Formation and more!

Every sound has been designed, programmed & re-sampled using his original hardware samplers such as the Akai s950,Yamaha a3000 and Roland mv8800 and then re-mastered using his cutting edge analogue mastering studio using special valve compressors, EQs and pristine converters.

The sample pack is available for £29.95 GBP, with individual parts sold starting at £8.95 GBP.