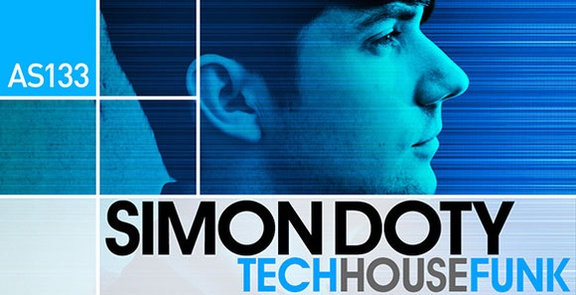 For this royalty free collection of Tech House, Simon has applied the same ethos to the sounds and loops found in Tech House Funk, as he would do to a DJ set, mixing up raw energetic House and Techno elements from different eras to form an exciting hybrid of fresh but classic sounding Tech House with plenty of booty shaking Funk.

In two short years Simon Doty has become one of the most prominent tech house producers in the world. His signature sound infuses elements of house and techno to create powerful, high energy grooves. His tracks have been played and supported by the biggest names around the globe including Carl Cox, Dubfire, Richie Hawtin, Pete Tong, Umek, Mark Knight, Roger Sanchez, Pleasurekraft, Todd Terry, and many more.

The sample pack is available for purchase for £29.95 GPB, with individual parts sold separately starting at £4.95 GBP.