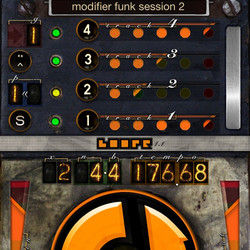 The Loopr live loop composer app for iOS has been updated to version 1.1, which now features 64 audio tracks.

Loopr is the first 64 tracks multiple phrase loopstation for iOS. It is a simple no nonsense loopstation app made by musicians for musicians, loopsters and groovers around.

Simplicity with a pro focus. Software that feels like hardware. On your iDevice to create, practice, perform, whatever. MIDI synchronization and foot operability for hands free operation, and a focus on ergonomy.

The Loopr app is available to purchase for $0.99 USD.