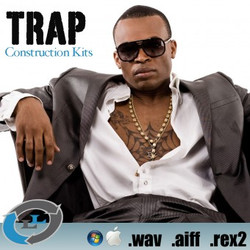 Gather up the Squad for an dynamic mix of Southern Hip-Hop, Crunk and Dutch House, Trap is out of control and cannot be restrained!

Trap Squad has been manufactured primarily to deliver an monumental quantity of next-level stimulation into the scene. Produced by “Baek Trabolmakers” this pack is the fundamental start for planet trembling 808 bass lines, head-banging drum machine beats, phenomenal chord stabs and venomous synth riffs, laced and stirred to build the most rugged sounds on the street!