Luftrum has announced a new Kontakt instrument based entirely on uncommon field recordings and found sounds. 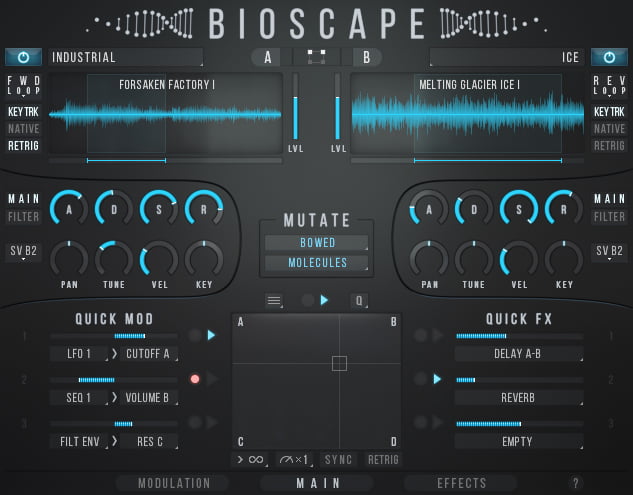 Bioscape is about making natural sounds come to life through transformation and motion. It is a multifaceted instrument for organic and moving textures, odd cinematic pulses, earthy risers and impacts, to skin-tingling ASMR sounds, strange effects and underscoring ambiences but Bioscape is also very suitable for subtle playable timbres, with atypical and elusive sounds ranging from resonant keys and textural pads to otherworldly harmonics. Tonality derives from the field recordings alone.

Bioscape is scheduled for release later this year, after having been under development for two years. It will run in the free Kontakt Player.