Clip Shifter is a plugin designed to provide saturation and clipping effects to your audio. This can be useful for individual tracks, busses, and overall mixes.

The sonic characteristics of the clipping distortion can be altered from hard, brickwall-style clipping, to softer saturation with compression. The threshold controls for Clip Shifter’s clipping can be set to dynamically change based on the transient characteristic of the incoming audio. 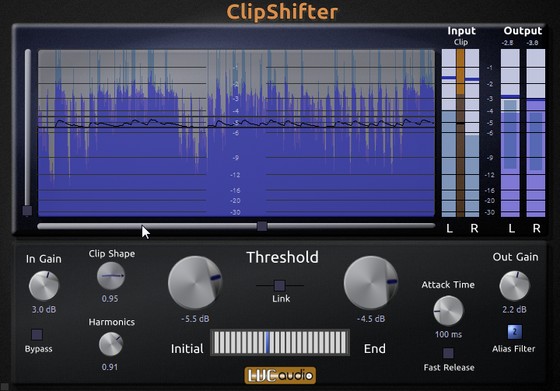 The ClipShifter plug-in gets a new interface.