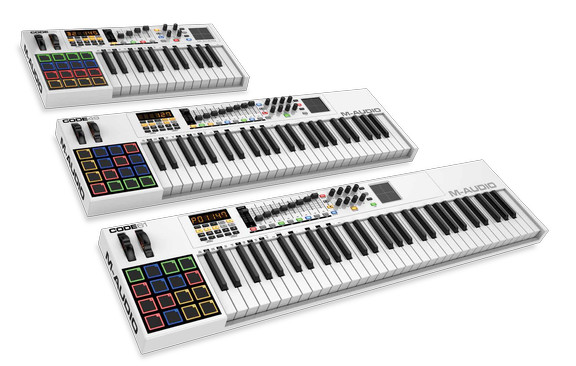 Available in 25-, 49-, and 61-key versions, the Code Series combines a remarkably smooth-feeling keyboard with a surprisingly complete feature set to create a keyboard line of unusually professional capability and unexpected value.