Mackie has announced it is will show its new DL32R 32-channel digital live sound mixer at the NAMM 2015 show.

At NAMM Booth 209A and B, Mackie is showing the new DL32R 32-Channel Wireless Digital Mixer with iPad Control, a powerful new digital mixing system completely controlled wirelessly from Mackie’s intuitive Master Fader™ iPad®app, freeing users to get in the mix like never before. Featuring complete wireless control over everything, including fully-loaded DSP and multi-track recording/playback, you can control everything from anywhere with the DL32R. 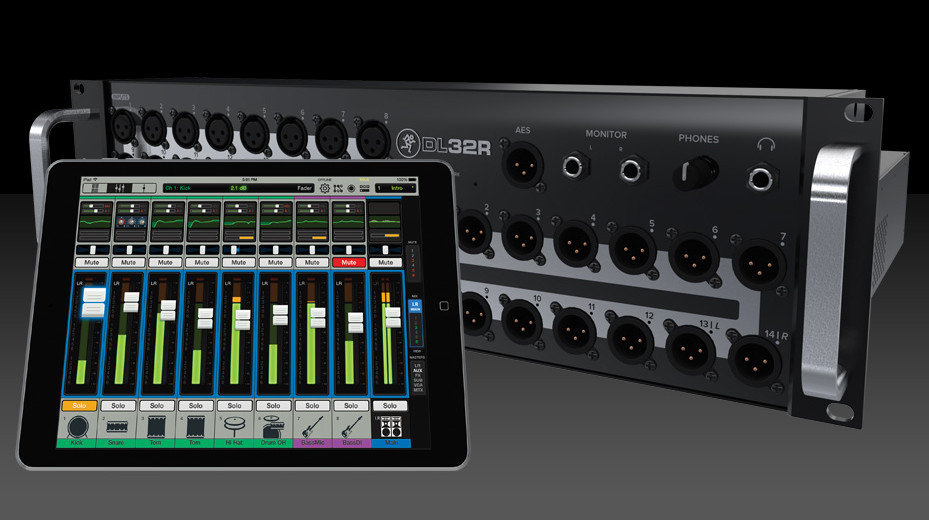 “Early on, Mackie believed that we can bring the user incredible benefits if we just let go of old conventions,” commented Ben Olswang, Mackie Senior Product Manager. “By ensuring that each and every feature can be controlled wirelessly without compromise, we are delivering benefits to users that were simply not possible before now.”

The Mackie DL32R features a mix of flexible, professional I/O in an ultra-compact 3U rackmount design. Each of the 32 inputs (24 XLR, 8 XLR/TRS combo) feature Mackie’s all-new Onyx+™ recallable mic preamps, with remote control over preamp gain and phantom power. The new Onyx+ preamps outperform the industry-proven Onyx design, which has garnered rave reviews for its boutique-quality sound and performance.