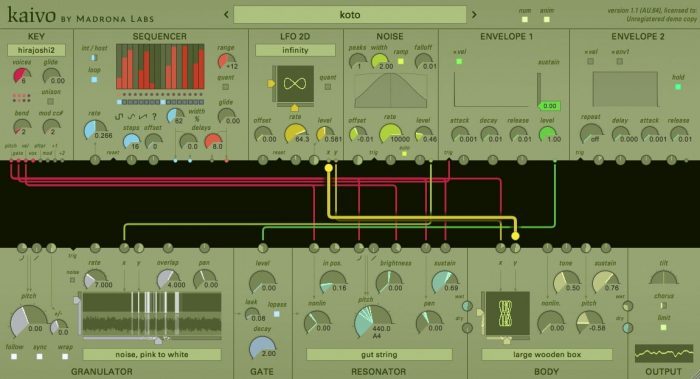 This version brings performance improvements in both audio rendering and graphics, as well as some changes for usability. Compatibility with the MPE format used by the Madrona Labs Soundplane, Roger Linn Designs Linnstrument, and other expressive new controllers is also added.

Kaivo for Windows and Mac (VST/AU) is available for purchase for $129 USD.