Madrona Labs has released a new software update for Soundplane, a computer music controller with the sensitivity and feel of an acoustic instrument. 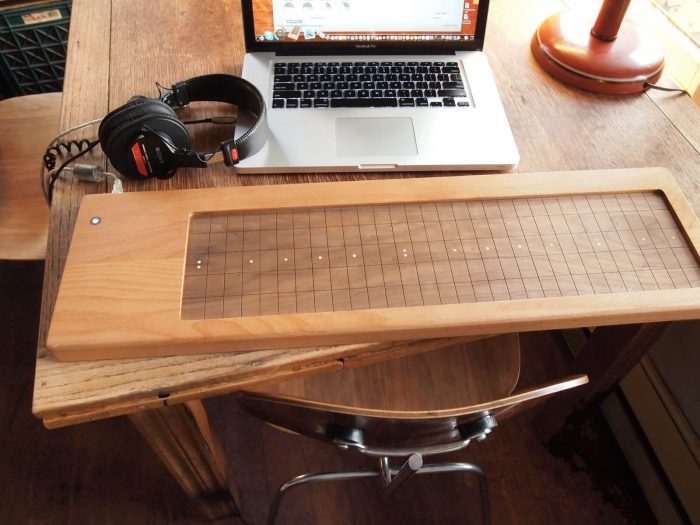 The version 1.6 update fixes a problem that some users were having under Mac OS 10.10. It is recommended for all Soundplane owners.

To keep up with Apple’s code-signing recommendations I’m now distributing the application as a signed .dmg file. Just drag the Soundplane app to the Applications shortcut to install in typical Mac fashion.

Finally, latency is also decreased with this version, for the first time since the initial release! I hesitate to throw out precise numbers yet, because latency measurements are hard to do right. Roughly speaking, an underlying isochronous USB layer that added 10–20 milliseconds of latency previously is now down to just a few ms. I’m looking forward to doing some accurate tests. Maybe this will make a cool movie?

For those of you who write computer program and are doing things like compiling Soundplane apps for Linux, the C++ API is now settled down, so that you won’t have to keep up with any further changes for a long while. As always the code is available on github: https://github.com/madronalabs/soundplane

Maintenance updates of Aalto, Kaivo and Virta will be available shortly as well.