The perfect tool to digitize, repair, and restore LP records and tapes, create podcasts, master audio, burn CDs, and render to all the popular audio formats for streaming on the web or playback on portable media players.

“Throughout the development cycle of this new version of SOUND FORGE Audio Studio, the engineering team has kept their focus on the phrase ‘Define the edge'”, said Gary Rebholz from SOUND FORGE. “Our goal: take the existing audio production powerhouse to the next level with cutting-edge tools and processes. We think you’re going to love Sound Forge Audio Studio 12.”

Also released is Vegas Pro 15, the latest version of the video and audio editing software. 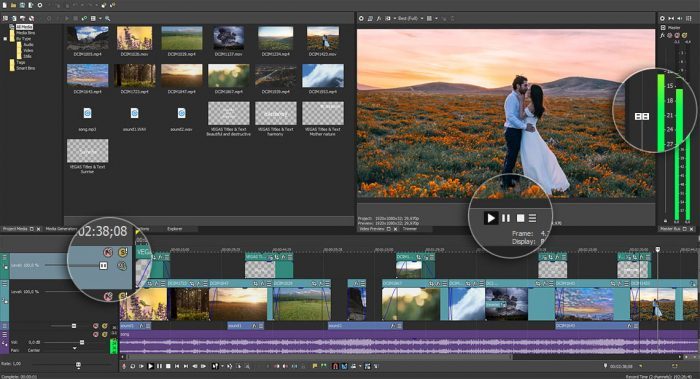 Filled with new features both inside and out to nurture your creativity and fit perfectly with your unique workflow.

Vegas Pro 15 is available now with prices starting at $399 USD.