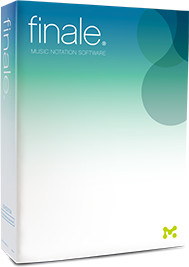 Make Music has announced the release of Finale 2014a, the latest version of its notation software for Windows and Mac.

Finale 2014a is a free, downloadable update available today to registered Finale 2014 owners.

Users of both platforms will experience enhanced text block positioning. Full details can be found in the associated read me files available for both Mac and Windows.

The update is now available to download for Finale 2014 users.