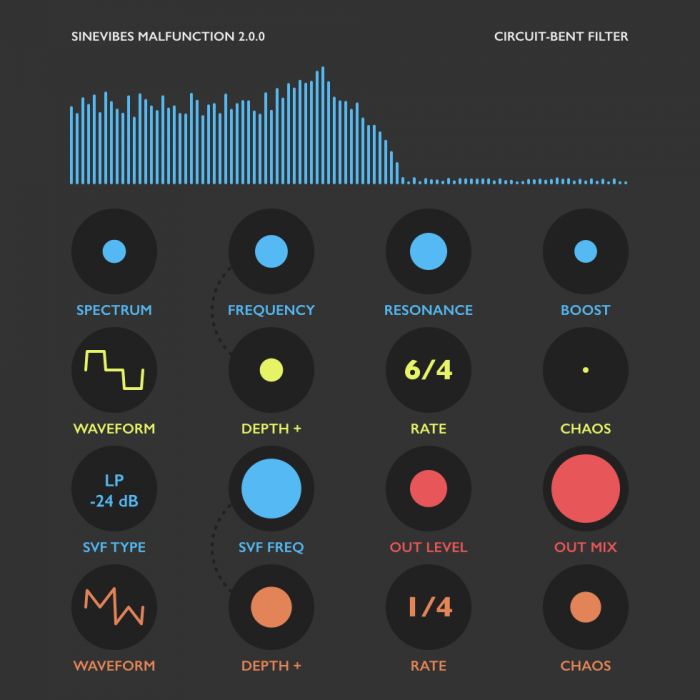 Malfunction II is a completely new product that has been redesigned inside and out.

Malfunction is a filter with intentionally broken connections and erroneous math that produces very special, hissy and screaming distortion. To tame this dramatic effect the plugin includes a low-pass pre-filter with a booster, as well as an output gate followed by a multi-mode filter.

Malfunction also has two highly versatile tempo-synchronized modulation generators routed into the circuit-bent and the output filters for intricate morphing and pulsations: they feature many different waveforms including our special “broken triangle” and “staircase”. Plus, these modulators also offer variable chaos control which gradually adds random, never-repeating accents on each individual waveform cycle.

Malfunction II for macOS 10.6 or later (AU) is available from Plugin Boutique for $29 USD.