Massey Plugins has announced the release of the Golden Master soft clipper effect plugin for macOS. 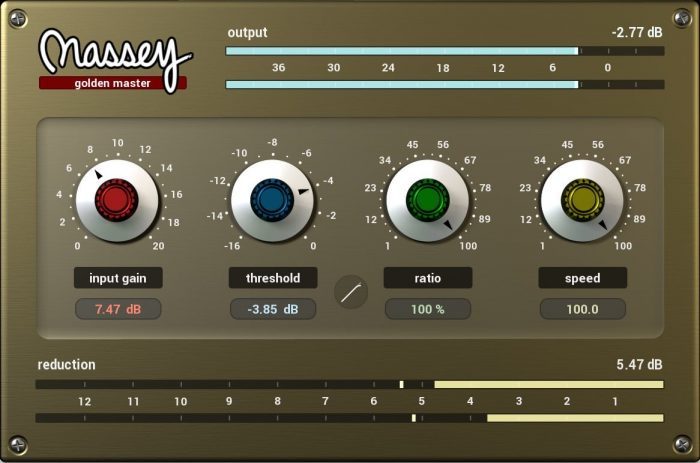 A soft-clipper is most useful and most transparent on percussive-centric music (rock, etc.) where the highest peaks of the mix tend to be drums. Golden Master can shave off these fast transients without dramatically increasing audible distortion or pumping-and-breathing your audio.

Reducing the ratio control along with speed further transforms it into something more compressor-like. For limiting the master bus, I advise keeping the ratio at maximum. But, when applying Golden Master for creative effect on individual tracks, the ratio control provides a broader palette of color.