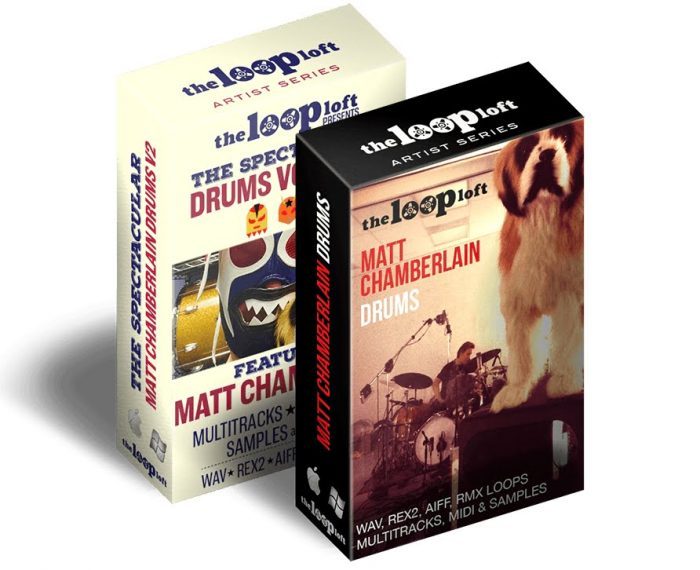 After multiple trips to the West Coast, countless hours in the studio, and many gigabytes of carefully crafted drum loops and samples later, The Loop Loft is thrilled to present The Matt Chamberlain Drums Bundle.

Included in the collection are an almost endless amount of loops, fills and breaks, offering a massive variety of tempos, beats and genres. In addition, the Deluxe Edition gives you access to up to 17 channels of separate audio tracks recorded in pristine 24 bit/96 kHz audio, allowing you to mix every element of Matt’s drum kit, including kick, snare, toms, overheads and a variety of room mics. The Deluxe Edition also includes loops in all stereo formats (REX2, AIFF, WAV, & Stylus RMX), as well as MIDI, allowing you to utilize the beats in any DAW or loop plug-in.