Max Project has announced the release of T.Rex 64 – Proyecto Return, a free rompler instrument featuring the sounds of the Commodore 64C with the SID 8580 sound chip. 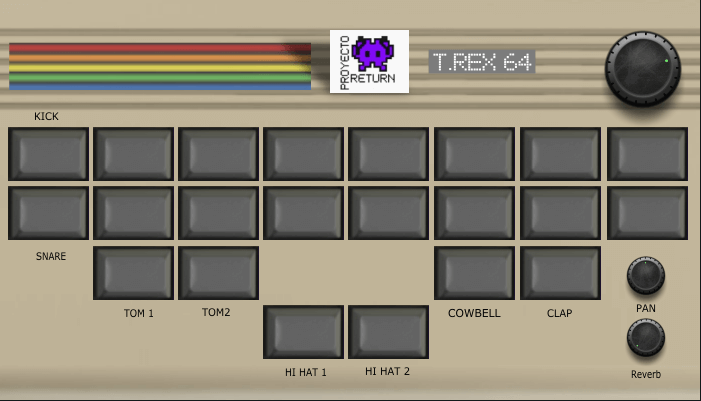 This was sampled by Fernando Lachari in his “Proyecto Return” laboratory through a Yamaha 01V Mixer and via SPDIF to an Echo Mia sound interface without compression or normalization. The sound is the purest that can be captured.

The “Proyecto Return” is an act of Justice regarding the reuse of these machines and visual-sound art by Fernando Lachari. It also involves the repair and modification of both old computers and synthesizers.

The plugin is available to download for Windows and Mac in VST/VST3 and AU formats.