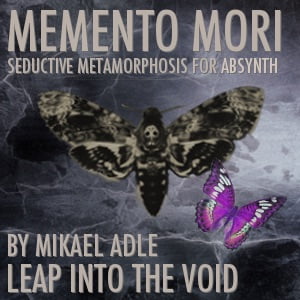 Leap Into The Void has announced Memento Mori, an upcoming soundset for the Absynth synthesizer instrument by Native Instruments.

Soundscapes, pads and melodical sounds, seductive and spiritual with an attention towards the immortality of the soul and the afterlife.

Memento Mori for Absynth is filled with evolving atmospheres, metamorphosis and tempo-synced soundscapes with just enough rhythmic subtlety to manifest eternity. It is filled with meticulously handcrafted and expressive sounds for your enigmatic melodies. A celebration to life in all it’s joy and fragility and to the afterlife and it’s eternity.

Memento Mori will contain 100+ sounds. As with previous Leap Into The Void Absynth releases all sounds are based on wavetables (no samples used).

Memento Mori for Absynth is available for pre-order at a 30% discount until release, priced at 24.46 EUR (regular 34.95 EUR). Estimated release is early September.

Absynth, Leap Into The Void, Soundscapes