Mercuriall Audio has announced the release of its new plugin Euphoria, an audio effect based on an iconic tube guitar amplifier Bogner Ecstasy 101B, including an optional Cameron factory mod. 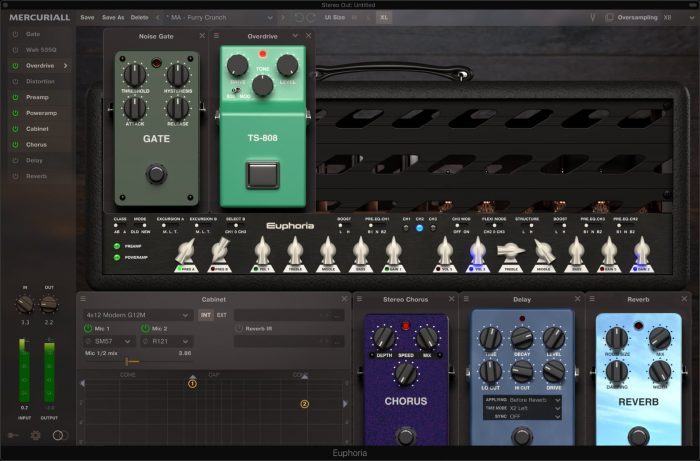 Ecstasy 101B is one of the most versatile and expensive guitar amps with a wide selection of sounds: from crystal clean Fender, to the edge of breakup VOX, overdriven Marshall, and thick Hi-Gain. Indeed, it’s one of the most desirable guitar amplifiers.

Create sounds with no barriers. There are 12 poweramp settings and even more preamp switches at your disposal. It will allow you to create the exact tone you are looking for and integrate it naturally into your style of music. No compromises.

Additionally, we’ve developed a modern and user-friendly graphical interface for Euphoria, with an intent of making it a platform for future product unification.