Micah Frank has announced the release of Tape Pieces Vol. 2, a new installment in the series of collaborations between Micah Frank and Chris Child (Kodomo). 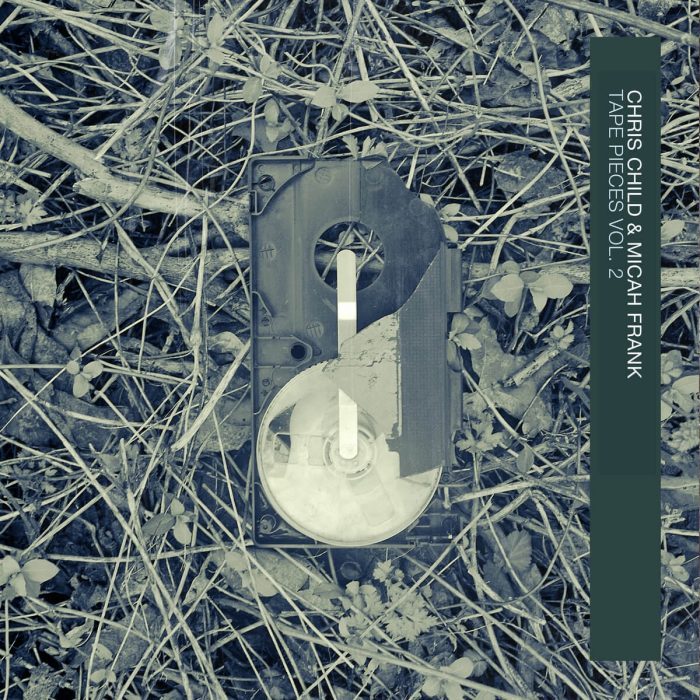 While Tape Pieces Volume One focused on the layering and cascading of asynchronous tape loops, this second EP pushes the analog material further into drone territory, dissolving the sense of a repetition through the heavy use of filtering with effects so the loops blur together and bear a faint echo of resemblance to its source. The pieces are slower to evolve, exploring longer and amorphous forms, as in “Static Wheels”, which clocks in at just over 10 minutes.

As with the previous Tape Pieces EP, the songs emerged out of a weeklong session in Chris’s Portland Studio. Favoring two TASCAM 4-Tracks, Chris and Micah recorded layers of short tape loops using a few vintage synths and a Rhodes. The loops were further disseminated into drones though an array of guitar pedals. Field recordings from Portland’s coasts were subtly woven in, providing a tactile sense of place which inspired the moods of these pieces.

Tape Pieces Vol. 2 is available from Bandcamp as a “pay what you want” download, including free.

The release also includes Strata, a free complementary plugin inspired by both microsound and tape music. 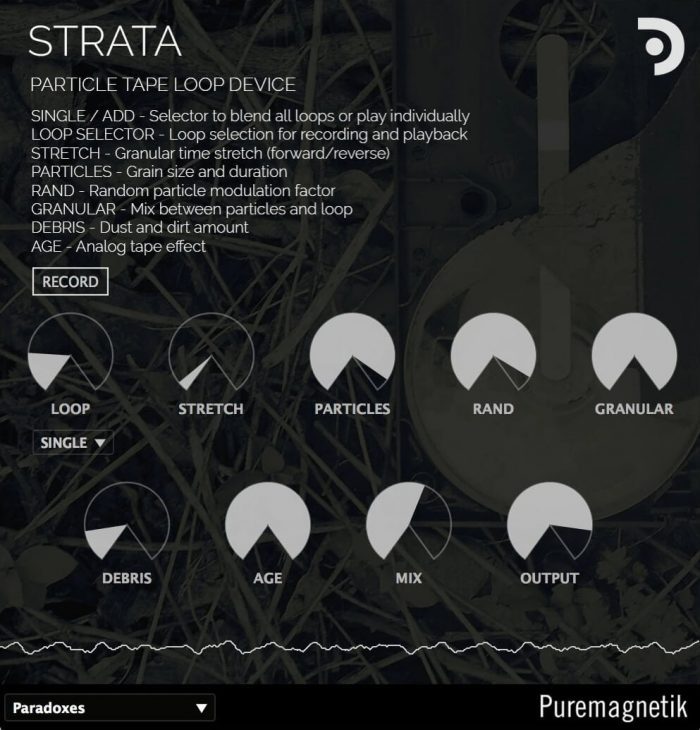 It is a tape loop emulator and granular (particle) processor that can warp, bend, dissect and “analog age” all types of incoming audio.

Strata can be used as a simple ad-hoc buffer looper or you can build complex sound sculptures by putting it in “ADD” mode and tweaking the grain controls.

Strata comes in VST and AU plugin formats for Windows and Mac.