Michael Picher has announced the release of The Basilica Pianos, a virtual piano instrument for Plogue’s sforzando. 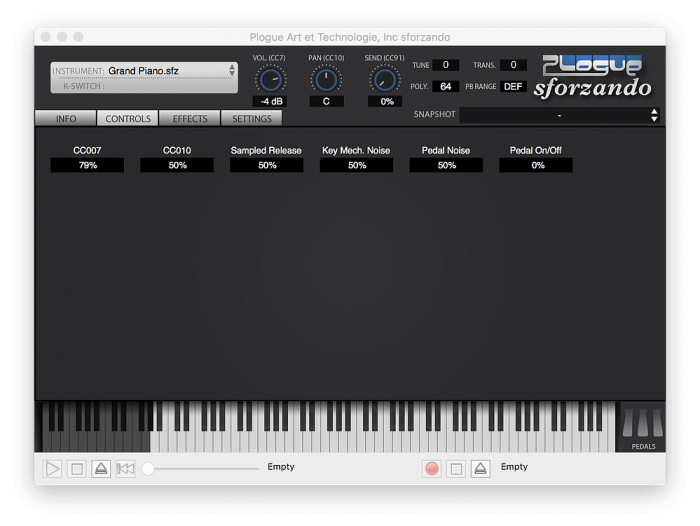 “The Basilica Pianos” is an affordable sample library that features both a grand piano and an upright piano, both recorded in the same space, using a similar stereo microphone setup.

Also included are various effects, from strumming and plucking the strings of the grand piano, to a playable range of palm-muted samples from the upright piano. Each piano is available by itself, minus effects.

The Grand and Upright pianos are also available separately for $45 USD each. A bundle of both + effects versions is $95 USD.