Reverb.com has announced that Moby will be selling over 100 pieces from the electronic master’s personal recording and touring equipment at Reverb on Thursday, April 26th.

All of his proceeds benefiting the Physicians Committee for Responsible Medicine. 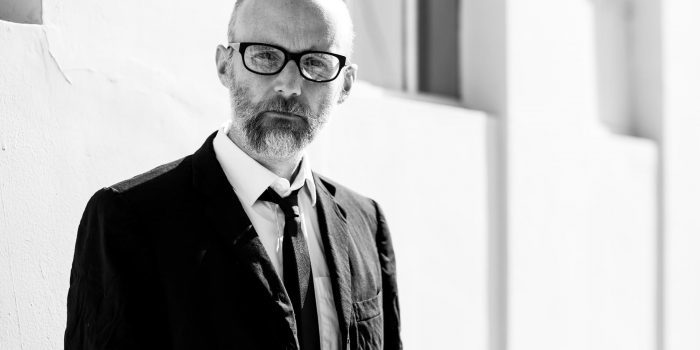 “This is the equipment I’ve used to make all my records,” Moby said of the gear that will be available in the shop. “I have so much equipment and almost all of it has profound sentimental value to me, including synthesizers I started using in the 80’s. But rather than keep it all in storage, I want to sell it for a good cause.”

Among the items for sale will be a Roland Jupiter-6 that Moby considers the “crown jewels” of his synth collection. “I used this on almost every early techno record I made, from Go to U.H.F. to Thousand,” Moby said of the synthesizer, which was previously owned by legendary producer and early techno pioneer Joey Beltram. The electronic musician will also be parting with a 1980s Ibanez guitar that was his primary live guitar from 1984 to 1998 and is the “one thing I was possibly tempted to hold onto.”

“When I was recording Play, I used this. When I toured for Everything is Wrong and Animal Rights, it was pretty much the only guitar that I used. It has such sentimental value,” he said.

Other items that will be available in The Official Moby Reverb Shop include:

All of Moby’s proceeds from the gear listed above will benefit The Physicians Committee for Responsible Medicine, an organization that combines the expertise of more than 12,000 physicians with the dedicated actions of more than 175,000 members around the world to dramatically change the way doctors treat chronic diseases such as diabetes, heart disease, obesity, and cancer.

Since 1985, the Physicians Committee has been working tirelessly for alternatives to the use of animals in medical education and research and advocating for more effective scientific methods.

The gear will be for sale in The Official Moby Reverb Shop on Thursday, April 26th.

Reverb has also launched a Flash Sale, offering 30% off on hundreds of plugins from Eventide, Kuassa, Sinevibes and more. The Reverb Digital Flash Sale gets you 30% off the best production tools and virtual instruments to bring pro-grade polish to your tracks in one click.

Use coupon code DIGITAL30 at checkout to take advantage of this offer.