Modartt has released a major update to its virtual piano instrument for Windows, Mac & Linux. Pianoteq 6 offers numerous refinements in its engine and physical model for increased realism and acoustic presence.

The update also adds VST3 and ARM architecture for Linux compatibility, and various new features have been implemented as well. 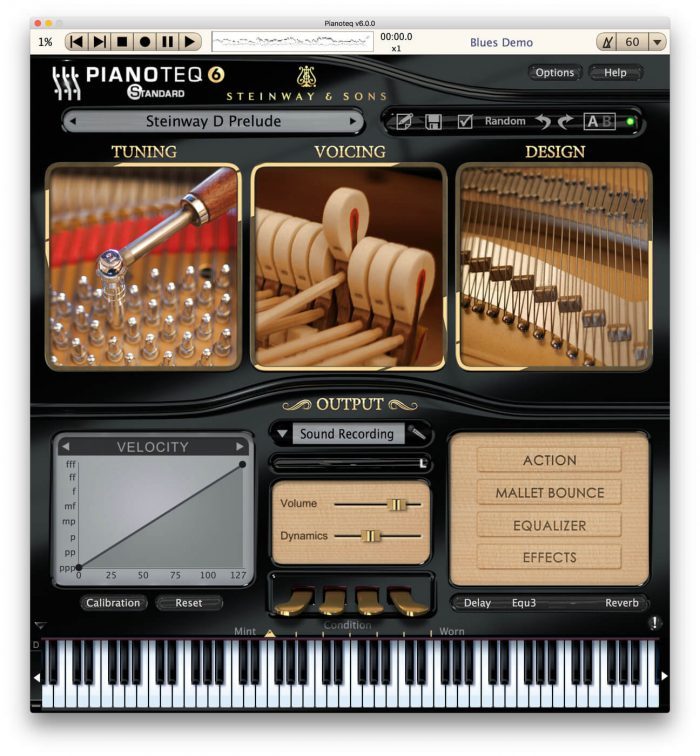 Pianoteq 6 brings numerous refinements in its engine and physical model, now implemented in all of the 49 physically modelled instruments.

Steinway & Sons have approved the sound and playability of the Pianoteq virtual instruments Steinway Model D and Steinway Model B, which have gained from the refined physical model. These magnificent virtual grand pianos will appeal to all musicians in search of the most famous piano sound signature.

This major upgrade also adds compatibility with the VST3 format and the ARM architecture (Linux version only, for example on Raspberry Pi 3 boards). The tuning section has become even more advanced with new tools, and the standalone version now offers a MIDI playlist, an improved MIDI archive and can export audio to FLAC and MP3 formats, in addition to WAV.

Pianoteq (VST/AU/RTAS/AAX/Standalone) is available in three editions, starting at 99 EUR.

Loopmasters Archives Sale: Save 50% OFF on 850+ sample packs