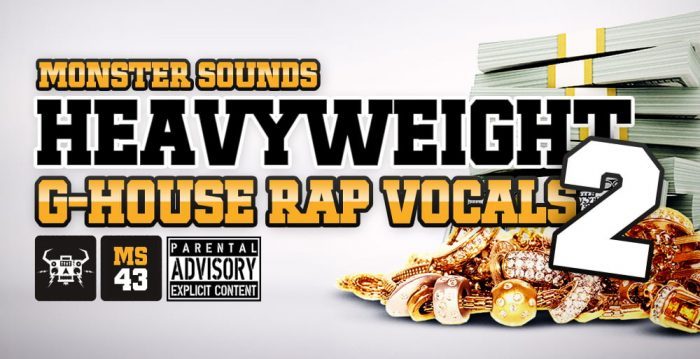 Jumping back to the mean streets Monster Sounds has found new vocal talent to bring their street swagger to the mic and record a whole new set of G-house vocals. For those who didn’t know, G-House is a fresh sub genre of house music. Taking the swagger of U.S Rap acapellas and fusing them with the Deepest Jacking bass house tracks brings the new attitude and excitement to the house genre.

Championed by producers Amnie Edge And Dance, Clek Clek Boom and Daniel Fernadez, G-House has become hot property on the floor and in the Dj’s playlists expanding the deep house genre to new flavors.

Monster Sounds has reached out via its Rap underworld connections and put together a fat pack of Rap Acapellas suitable for this genre and other bass music tracks.

These vocals are straight from the streets, raw, genuine and not for the feint hearted, We wanted authentic American Rappers dropping rhymes with Hip Hop SWAG not watered down or censored to keep to the original G-house Hip hop to House fusion concept.

Adding an extra edge to the pack this time around we have added in some bonus chopped and sequenced loops, just to give a bit more of the house/rap crossover flavor. Also we have made sure as well as hip hop style flows there’s a huge set of Hype style dance floor lyrics so you can chop and loop up some hands in the air crowd pleasers.

The sample pack is available for purchase for £14.95 GBP.