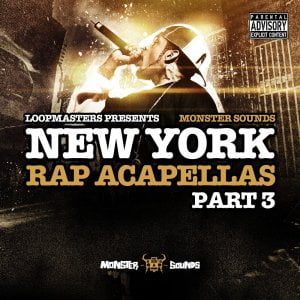 For this installment we are keeping it within the family. Monster Sounds has returned to the mean streets of Brooklyn to work with performer and producer Dan Walker aka NineLives The Cat. As a performer Dan has appeared on many tracks over the years and as part of the amazing art punk outfit “The Deathset” he is signed to Steve Aokis “Dimmak” Label.

For this pack using Dans street knowledge of the NY Scene we have linked up 5 of the Big Apples most talented MC’s: GDP, Presice, Harvey, Roch, and Vyle.