Monster Sounds has launched Revenge Of The Funky Drummer, a collection of beats and breaks covering not only the timeless classics but also a whole lot more. 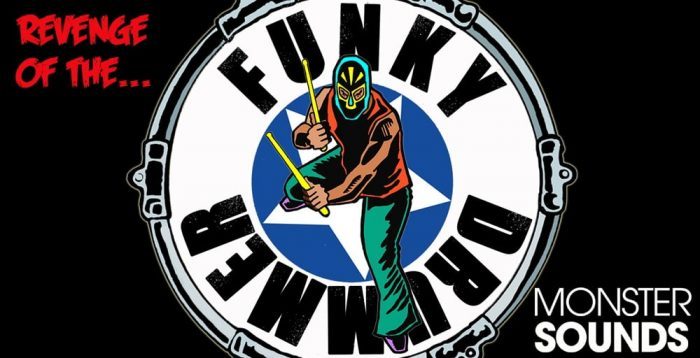 Working around a mixture of classic funk breaks, disco, soul, rock, dub and anything else he could throw down, we have mixed up the tempos and jammed out a massive amount of breaks and beats for this pack (538 to be exact).

The pack has been obviously inspired by Drumming royalty, Bernard Purdie and Clive Stubblefield in the funky sections, but also we have moved into the heavy territory of Bonham for some of the rock parts and bringing a more modern touch with some Jeff Porcaro style playing, as well as Teds own touch of course.