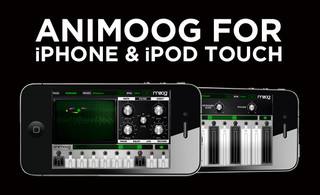 Moog has announced the release of an iPhone/iPod touch version of Animoog, the professional polyphonic synthesizer app previously released for iPad.