Moog has announced it has begun shipping its Theremini instrument. 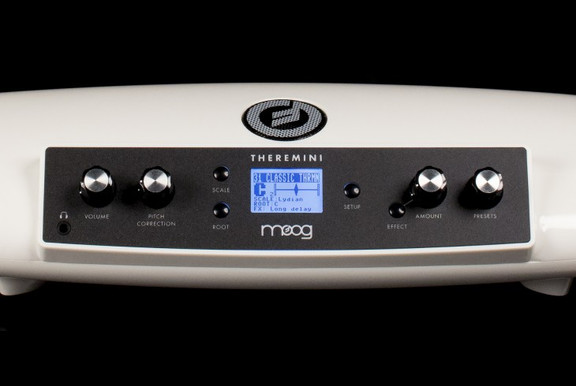 We are proud to announce the official release of the Theremini; a re-imagining of one of the oldest electronic musical instruments, and Bob Moog’s first love – the Theremin. It is the only known instrument that you play without touching. Moving your hands in the space around its antennas controls pitch and volume. The Theremini combines a powerful sound engine derived from Moog’s award winning synthesizer, Animoog, with the traditional no-touch playing of a Theremin.

The Theremini’s sound engine offers a sonic vocabulary allowing for a vast range of styles and tones. The Theremini also features controls for pitch correction, scale, and root note, which allows anyone to adjust the level of playing difficulty, and to explore new means of music creation and gestural control.

The Theremini has begun shipping and is available at authorized Moog Music Dealers worldwide, priced at $319 USD.

Catalyst cinematic percussion for Kontakt 70% off at VST Buzz