Analogue Solutions has announced the release of its first two table top effects units in the new synthBlocks series, which allow you to add analogue warmth, or extreme sound mangling to you music set-up. 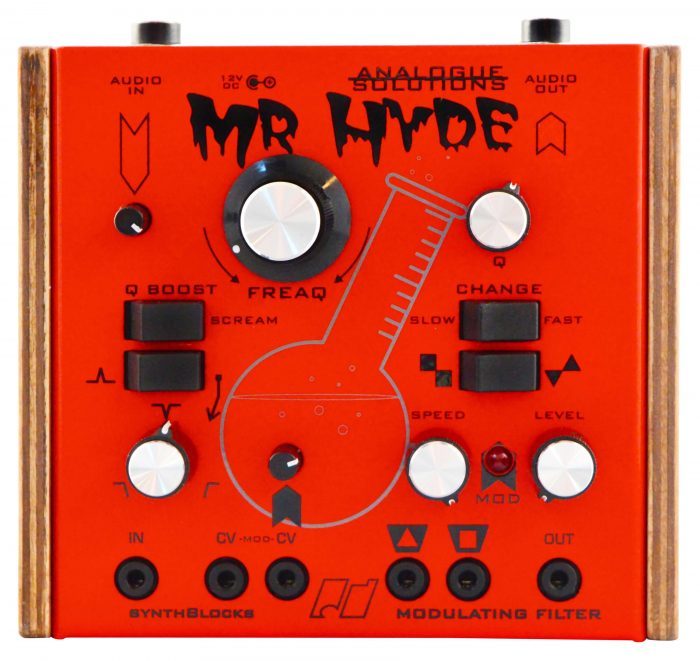 Mr Hyde has 1/4” input and output jacks on the rear, so it can be connected straight to a mixer or DAW audio interface without the need for adaptors. On the top panel are mini jack sockets to patch with a semi-modular synth, such as AS’s very own Fusebox, or to Eurorack and other modular systems.

Mr Hyde can change the sound in subtle ways, such as nice sweeping filtering, right up to mangled FM mayhem! Designed, engineered, and hand built in England. 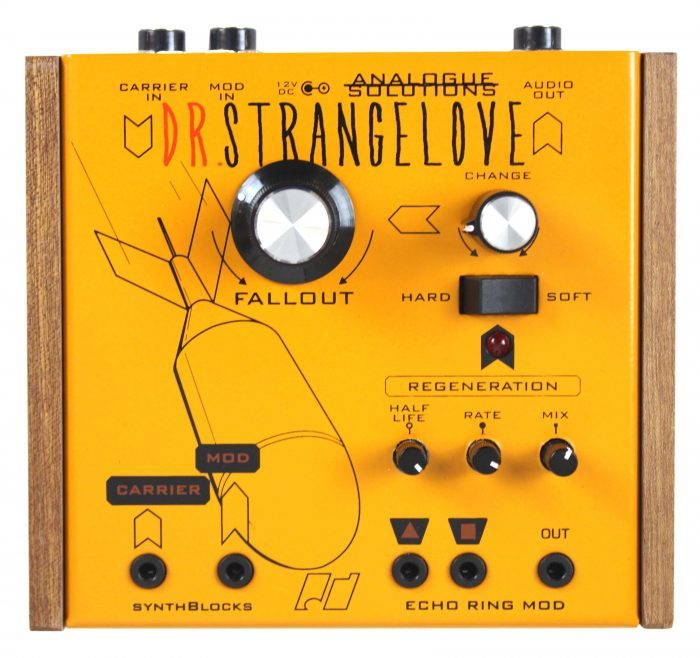 The ring mod itself does not have any controls as such, since a ring mod does not have parameters that can be altered — other than input and output levels. Just plug in audio cables and it does its thing!

Ring mods do need two audio sources, however — namely, the main signal to be processed (carrier) and the signal that will modulate the carrier (modulator).

Both units are available now, priced at £255 GBP inc. UK VAT each.