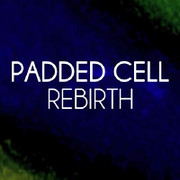 Padded Cell has allowed me to release some of the most avante garde of sounds since its inception late last year and as one of the most downloaded products in the range, I wanted to take a look at it again and freshen it up a little.

The premise is simple, releasing top quality rhythmical pads that can be used in a variety of music but that can also be called ‘weird’.

Rebirth is the culmination of all of the hard work I have been putting into all of the sample-packs I have released over the last year and see’s a shift in not only the quality but how they can be easily used as beds for the best of tracks.

The sample pack is available as a free download.