MrTheBigMan has released Dust: Skanner, a free sample library featuring soundscapes and drones made with the Skanner Reaktor ensemble by Native Instruments. 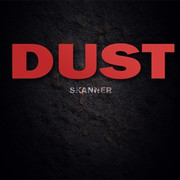 Late last year, Native Instruments dropped what can only be described as one of the best synthesisers that their Reaktor platform had ever been devised.

But it went below the radar for some as it became another Reaktor monster with a learning curve.

This new package contains some of the best sounds this synth has to offer across pad sounds that would make users of Padded Cell cry and multi-samples recorded meticulously to bring you some of the best premium sample sounds for free.