Plugin Boutique has announced an exclusive sale on Meldaproduction MTurboreverb, an algorithmic reverb that features dozens of reverbs and lets you design your own reverb algorithms.

Algorithmic reverbs are usually based on a single algorithm. But MTurboReverb comes up with a revolutionary programmable engine, where you can design your own algorithms, but most importantly about 100 of them have already been prepared for you, with a standardized GUI for extremely quick workflow and a short learning curve. There is everything from rooms to halls, plates, ethereal and shimmering sounds, and 2D positioning reverbs.

Each of these reverbs feature all the necessary controls such as dry/wet or reverb length, but also more special ones, such as a dynamics section or side high-pass filter. Switching between the reverbs is one click away, which tremendously speeds up your creative workflow.

MTurboreverb and MTurboReverbLE, which lacks multiband and the edit screen, are on sale at 50% off until April 19th, 2018. Both plugins are available for Windows and Mac (VST/AU/AAX). 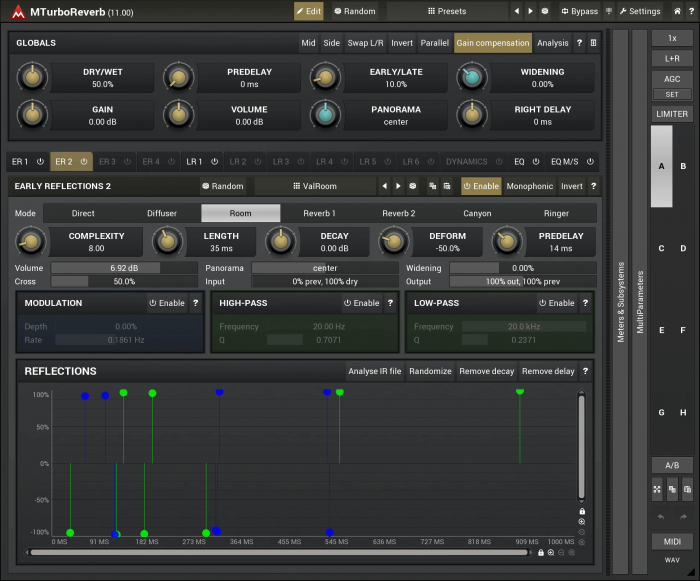