Mutable Instruments Braids is a new macro-oscillator which emulates dozens of classic synthesis techniques with ‘under-the-hood’ digital algorithms, allowing the user to quickly flip through an encyclopedia of synth, touring the sweet spots with a simple two-knob control set-up. 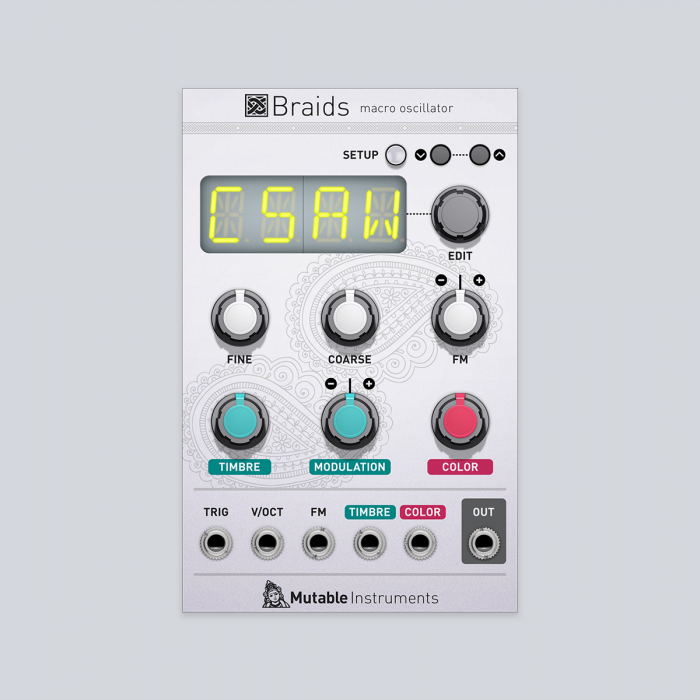 Each mode is a different algorithm and produces a different variety of sounds as you turn the two tone controls, Timbre and Colour. These controls are pre-programmed to do different things per algorithm, often adjusting multiple parameters in the set-up at once to tour the sweet spots. And of course, they can be CV controlled.

Mutable Instruments Braids is on sale for the intro price of $35 USD until October 28th. 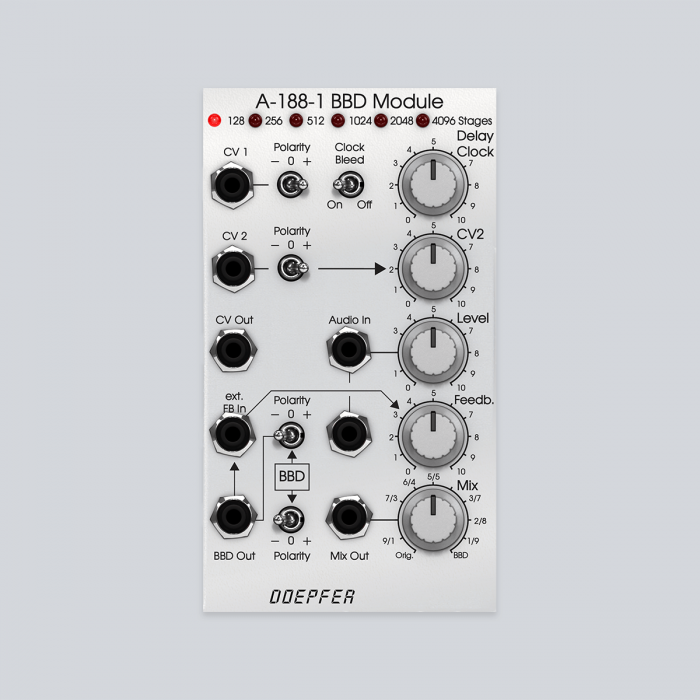 Bucket brigade delays are an evocative sound of late-’70s electronic music. By passing the signal along a line of capacitors, the sound is delayed in time, but also degraded with high-frequency loss and additional noise (as well as noticeable sample-rate reduction and aliasing at high delay times). This creates a warm and dirty sound, much sought after at the time, and still loved as a creative effect despite the practical disadvantages a BBD unit has compared to more versatile, cleaner digital delays.

Not only can this kind of delay produce tight slapbacks, grungey echoes, and smokey ambience, but by exploiting high feedback and very short delay times Karplus-Strong style plucked string synthesis is also possible.

The length of the delay line – the number of buckets in the brigade – has a significant effect on the sound and capabilities of the effect. The hardware module is available in six versions, each featuring a different number of stages (128, 256, 512, 1024, 2048, and 4096). But our software version contains all six, and can switch between them with one click.

The Doepfer A-188-1 Bucket Brigade Device is on sale for the intro price of $29 USD.