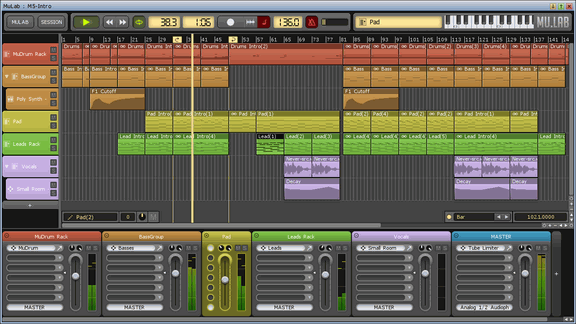 The MuLab sound and music production system transforms a computer into an inspiring modular studio.