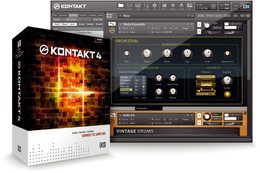 Native Instruments has announced the release of Kontakt 4.2 public beta, the latest version of its flagship sampler instrument for Windows and Mac.

For this reason, the Kontakt team has decided to set up a public beta test. This means that, starting immediately, registered Kontakt 4 owners can download a fully functional 4.2 beta version, and submit eventual bug findings to the Kontakt team over a special “bug tracker” web page.

As a Kontakt user, your main motivation to join the public beta test should be to help make sure that version 4.2 is rock solid! This is a pre-release version and should be used with caution in performance-critical environments.

Registered Kontakt 4 owners may participate in the public beta by signing up at Native Instruments.