Native Instruments has kicked off its ten years of MASCHINE celebrations.

2019 marks a decade of Native’s flagship beat-making and pro-production instrument MASCHINE. Launched in 2009, MASCHINE’s first incarnation represented a breakthrough in hybrid hardware/software technology by uniting the intuitive workflow and immersive feel of classic sampler/grooveboxes with the power and flexibility of computers.

Over the last ten years, hip hop and electronic music communities around the globe have embraced its speedy creative potential, with influential producers like 40, Che Pope, and Kaytranada relying on MASCHINE for the heavy lifting behind their hits.

A steady stream of innovative updates to both software and hardware has seen MASCHINE evolve into the modern, powerful instrument it is today – with fresh updates continuing to keep producers on the cutting-edge. It’s been a remarkable 10 years for MASCHINE, and Native has cataloged this milestone in TIME MASCHINE – a scrapbook recap of the last decade.

To mark the occasion, Native is releasing an ultra-limited edition Flame Orange MASCHINE. 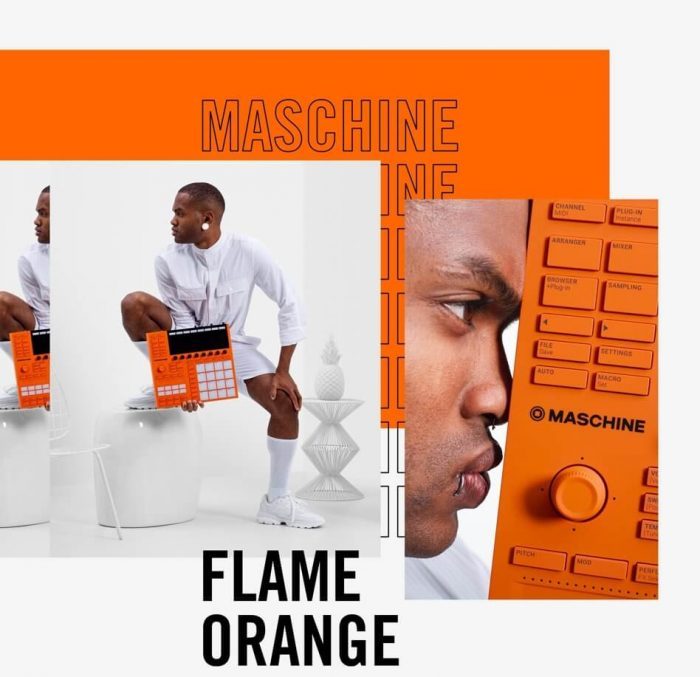 A throwback to the original glowing orange pads of MASCHINE, only 100 units will exist worldwide. Details of how to get it will be revealed very soon and those eager to get their hands on it can sign up now to be the first in line.

Native is catching up with some of its favorite artists in a series of cultural pieces celebrating ten years of MASCHINE.

For the first installment, producer, professor, and self-proclaimed culture keeper 9th Wonder (Kendrick Lamar, Mary J. Blige, Jay Z, and Drake) reflects on his illustrious career and what makes him one of the most energetic, inspiring, and continuously influential producers in the game.

Just as important as the artists using MASCHINE, are the people at Native who made it. That’s why Native is shining the spotlight on its own engineers in a series of in-depth interviews telling the stories of the people behind some of MASCHINE’s best features. The first two Engineering Artistry pieces trace the stories of MASCHINE’S reverb and vintage sampler modes, through the profoundly passionate and skilled people that created them.

On August 19-24, Native is inviting some of its favorite YouTube creators from around the world for Creator Base ‘19 – the ultimate music-making get together in Berlin. Fourteen creators including Pat Ryan, Courtney Hawkins, and will descend on the German capital for five days of creation, collaboration, and music-making antics.

From special birthday freebies to lifting the lid of the future of the MASCHINE software – there’ll be lots more revealed in the coming weeks. For everything on ten years of MASCHINE.