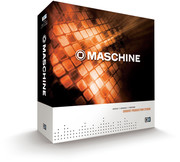 Native Instruments has released a public beta of version 1.1 of Maschine, a groove production workstation for PC and Mac.

To confirm the stability of these new features in the most effective way, we are setting up a public beta test. This means that all Maschine owners can now download a feature-complete 1.1 beta version, and submit eventual bug findings to the developers over a special “bug tracker” web page.

As a Maschine user, your main motivation to join the public beta test should be to help make sure that version 1.1 is rock solid! This is a pre-release version and should be used with caution in performance-critical environments.

This list is subject to change, and does not necessarily list all features and fixes that will be in the final update.