Native Instruments has announced the release of a new video feature on Noah ’40’ Shebib, the Grammy-winning producer behind the sound of Drake’s innovative productions. 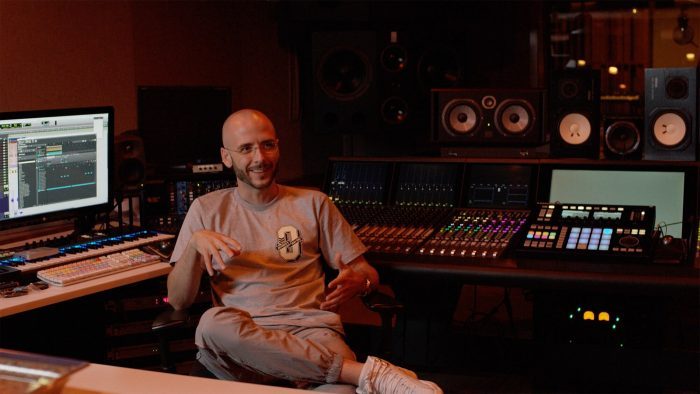 In the video, he talks about building his Toronto studio with workflow in mind, shares insights into his production techniques, and explains how MASCHINE and KOMPLETE KONTROL fit perfectly into his philosophy of delivering maximum artistic authenticity through simplicity.

40 has built a studio centered on direct creative output, creating a central hub for Toronto’s producer community. Once artists and producers install the necessary software on their laptops, they gain access to the studio’s full complement of equipment, including full MASCHINE and KOMPLETE KONTROL production systems, by connecting just one cable. The studio has also become the home for Toronto’s new generation of producers including Nineteen85 (Hotline Bling) and Majid Jordan.

In the video, 40 explains how he uses MASCHINE and KOMPLETE KONTROL at every stage of production. When starting a project in MASCHINE, he creates basic harmonic and melodic elements of the track on a KOMPLETE KONTROL S-Series keyboard to a metronome. Once he’s added a basic drum groove to this structure, he tests beats using different sounding drums by cycling through drum kits in the MASCHINE library directly from the hardware. He then tailors his sound directly from his MASCHINE hardware by recording automation from the wide range of the included effects in MASCHINE. 40 also uses the Drag and Drop feature in MASCHINE to record new sounds and drop them straight into an arrangement, adding a sonic signature that makes a record’s close interesting for the listener.

Although 40 is known for creating the Drake sound, his expertise can also be heard on tracks from Beyonce, Lil Wayne, Alicia Keys, Action Bronson, and Jamie Foxx. A comprehensive playlist demonstrating his wide production credits is available on Spotify.

A playlist comprising some of 40’s biggest hits is available here.