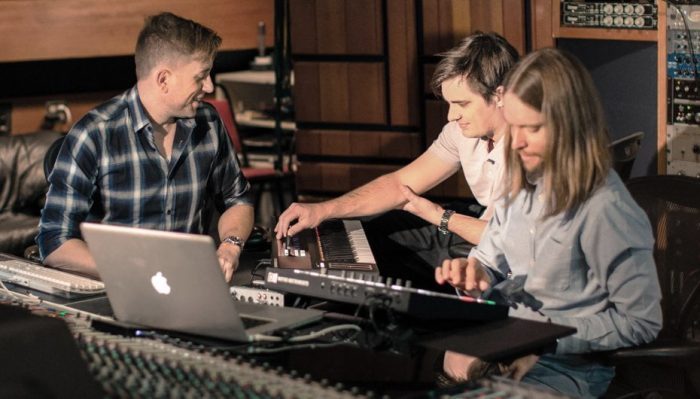 The video provides an intimate look at how Maroon 5 shape their ideas with MASCHINE. The feature also demonstrates how MASCHINE’s flexible, creativity-focused workflow can inspire musicians across all genres from underground techno and hip hop to the global stages inhabited by such bands as Maroon 5.

In the video, Native Instruments accompanies international superstars Maroon 5 to famed Conway Studios in Hollywood to learn how MASCHINE helps them craft their unique brand of chart-topping, jazz-infused pop.

Maroon 5 guitarist and songwriter James Valentine explains how the powerful MASCHINE feature set – including chord sets, scale mapping, and an advanced arpeggiator, drag and drop audio, and creative sidechaining – helped him lay down the foundation to the band’s song, Fortune Teller in the studio’s waiting room. Later, producer Noah Passavoy used MASCHINE’s Drag and Drop Audio feature to quickly bring James’s initial idea into his own production setup for further recording, editing, and mixing. Maroon 5 bassist Sam Farrar explains how he uses MASCHINE on stage to sample and trigger audio in real time. The video shows how MASCHINE fits into any stage of the music-making process and provides another example of how tracks that start in MASCHINE end up at the top of the international charts.

A Spotify playlist featuring Maroon 5 songs – some written and produced using MASCHINE – including the track in the video, Fortune Teller, plus Tickets, and Ladykiller on their album ‘Overexposed’ is also available.

Until October 6th, 2015, you can enter a prize draw for a MASCHINE STUDIO and 10 MASCHINE Expansions.