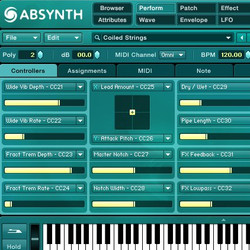 Native Instruments has released updates for REAKTOR and ABSYNTH.

Note: the graphics bug with cursors and Leopard (Absynth) is not fixed yet.