Neocymatics has announced the release of Binaural Piano, a Kontakt instrument library featuring the sound of a renowned German Grand through the ears of a binaural dummy. 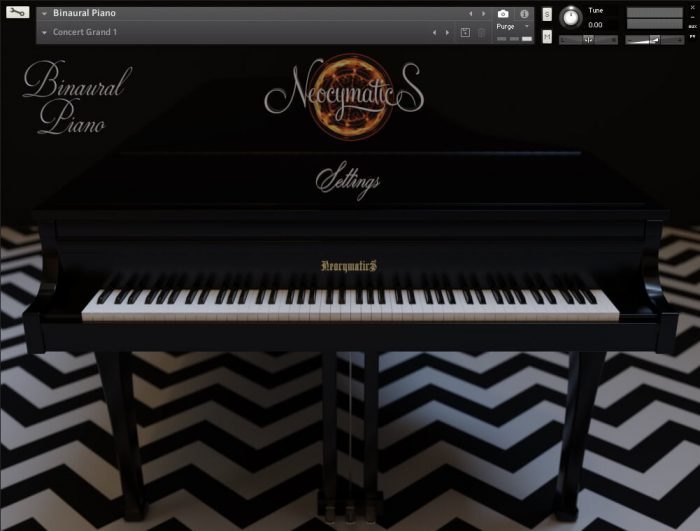 Binaural Piano is suitable for everything from classical mock-ups to film scoring, trailers and pop productions.

As always, we aimed to get as close to the real thing as possible, so we captured the Sympathetic Resonances of every possible key combination, summing up to the huge amount of 7.744 samples just for the Resonances themselves. We did the same for the Sustain Pedal resonances and the Release samples, plus we recorded the Hammer noises in isolation, to be used either as an effect or as an additional percussive layer.

On top of that, we have included our dual True Stereo convolution module that allows the user to place the Binaural Piano in various Spaces (Studio Rooms, Concert Halls, Churches etc) allowing for a truly remarkable flexibility and sound realism. This translates to an equivalent of having 55 mic positions for each Decca Mic (without the need to download and fill hard drives with terabytes of data), plus the ability to mix and match two Mic instances, creating the perfect space for your instrument.

Binaural Piano is on sale for the intro price of 66 EUR until October 10th, 2019 (regular 88 EUR). Requires full version of Native Instruments Kontakt 5 or higher. 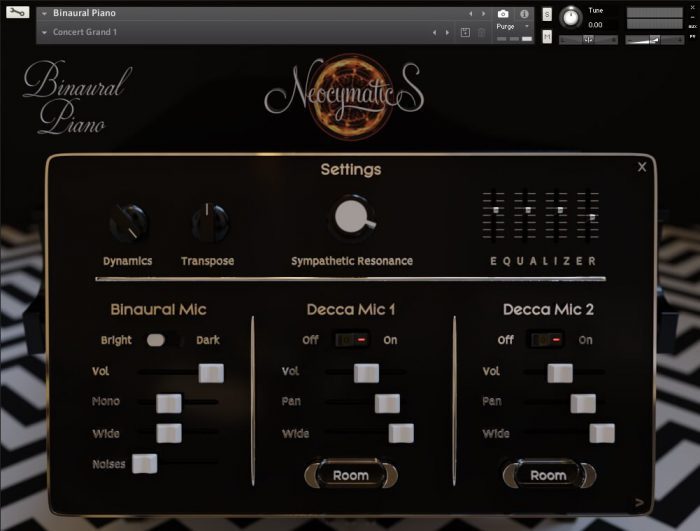 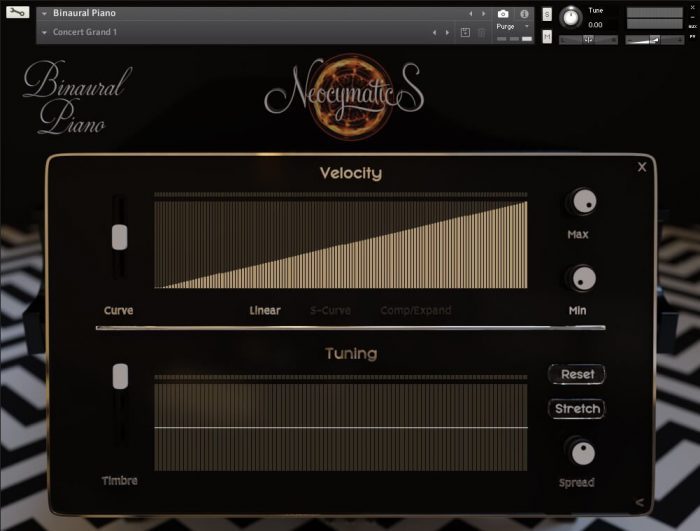