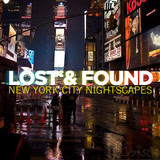 This highly unusual Reason ReFill is powered by six years of live nighttime field recording footage captured at various locations all over the Big Apple. Hand-selected gems were processed, resynthesized, combined, mangled and then processed again to produce a truly one-of-a-kind set of sounds for your Reason and Record productions.

Haunting carriage rides through Central Park, ships docking at South Street Seaport, the chatter of tourists and traffic in Times Square, street performers and other “interesting” folk, cars, trains, busses and more from the darkest hours of night in New York, transformed into a diverse, usable, weird and wonderful collection of sonic tools.