Vicoustic has announced that acclaimed composer, remixer and sound designer Richard Devine utilized Vicoustic acoustic panels for optimizing his new studio. Richard took the time to share the concept and the process for getting the room optimized. 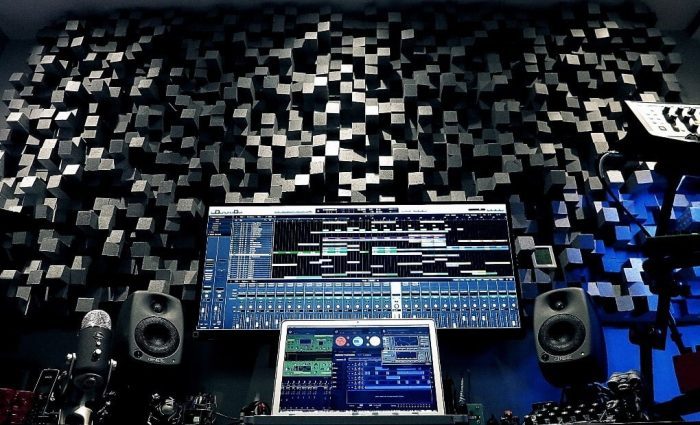 What were your requirements for a studio?
“I wanted to design a personal studio that would satisfy my requirements for doing post production editing and sound design. The room also is setup to do mix down’s and mastering for my own musical and commercial projects. The room is approximately 11 x 25, and is located in my basement level of my home. I also have another connected room for doing foley and microphone recordings. The main purpose is for creating sounds via synthesis or with outside captured sounds. I wanted a room that had lots of options but also had a nice vibe to work in for many long hours.”

Why did you go for Vicoustic panels?
“I went with Vicoustic mainly because the look and functionality was exactly what I needed. I was looking for some 3D diffusers on the back wall where my editing station is. I also wanted something that was made of a light weight material, that I could pull down quickly to get to the fuse box located in that area. It was the best option I could find, and also complimented the overall look I was trying to achieve.”

Was Vicoustic instrumental in setting up the room?
“I did all the room measurements, and RTA my self. It took me several weeks to tweak everything to get it just the way I wanted it. My main mixing area is just across behind me so that I have two similar Genelec systems on each end. One is for editing and the other one for mixing down. “

How do you like the result in terms of sound and look?
“I am absolutely astounded at the quality and look of the diffusers. They really helped with the mid and high rear wall reflections I was getting, and at the same time have a very futuristic modern look that really added to the atmosphere of my room.”