Noise Engineering has announced the third release in its Ruina line of Eurorack distortion modules.

Noise Engineering announced earlier this year that it would be releasing a distortion module per month for part of 2019. Following Terci Ruina and Kith Ruina’s releases in April and May, Viol Ruina is another great-sounding addition to the series. 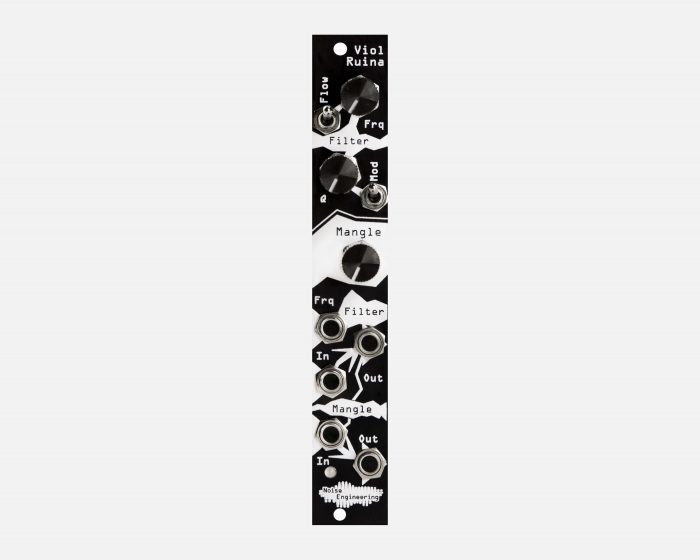 A departure from many of Noise Engineering’s previous products, VR starts with circuit familiar to most synthesists: a 24dB lowpass filter. Tradition ends here, though, as VR’s filter features harsh resonance like you’ve never heard and includes a built-in envelope follower and feedback FM. The filter’s output is normalled to a separate harsh distortion circuit.

Viol Ruina, like the previous members of the Ruina series, is all analog, and features separate ins and outs for its filter and drive sections so they can be used separately in a patch. It’s also the first in the series to feature CV: the filter’s cutoff, along with the internal modulation, can be controlled by external CV sources.

And at only 4 hp, Viol Ruina is a killer choice for systems big and small, traditional and experimental.

The module is in stock and available now for $133 USD.