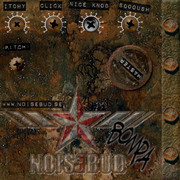 Noisebud has released version 2.01 of Noisebud Bompa, a free effect plug-in for adding bottom and dirt on drum loops.

We reached version 2.0 and even if we haven’t changed that much process wise it’s a totally different plugin than the crappy looking first version.

The Noisebud Filter effect plug-in has also been updated.

Noisebud Bompa and Filter are available to download as freeware VST effect plug-ins for Windows PC. Donations are welcome.