Noisebud has released version 2.0 of its Chokidar EQ, a mastering equalizer effect plugin for Windows.

Version 2.0 features an extra band. The free limited version has been replaced with the previous full version 1.0. 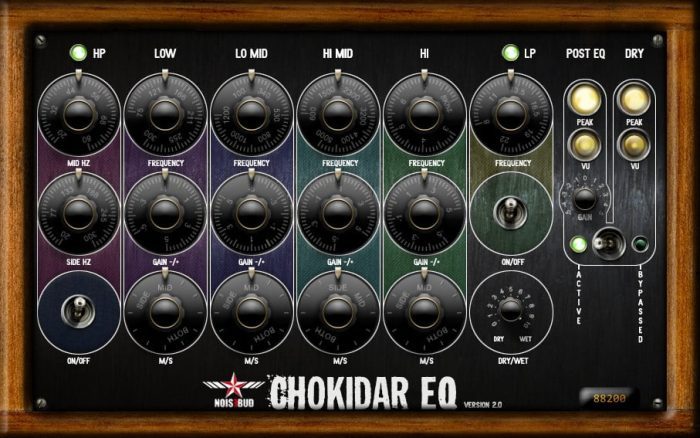 Chokidar EQ is intended for balancing mixes in mastering. Chokidar is build from an ingenious analogue concept that would have knocked your socks of if it wasn’t for the amount of added noise.

When we went through the blue prints for the analogue circuits we realized that it would be fairly easy to make a digital version that would be completely noise free (digital “cabling” is good that way) so we went ahead and created the Hi-Shelf filter at first and got stunned how good it was. The principle seemed to migrate really well into the digital world so we decided to build the whole damn thing.

You can almost guess what it does by just listen to it and you might as well do that because we’re going to keep the concept a secret, at least for now.

MixMasterWyatt Online intros Making Money with Your Music in 2017