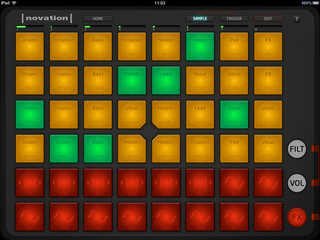 Novation has released version 1.2 of its Launchpad music app for iOS, which now includes audio import as an in-app purchase.

The Audio Import upgrade transforms Launchpad app into a powerful performance tool for users that want to play original music on their iPad, with timestretching, Launch family integration, and full Dropbox integration for import.

Import WAV/AIFF samples by BPM with Dropbox (free Dropbox account required) and assign them to any Launch pad as loops or one shots. Whether from professional sample providers or exported from your own productions, combine your samples with built in and In-App purchased Launchpacks to create a unique library to perform with.